The Euro is off to a good start and trading higher against the greenback as we enter today’s European session after a strong round of economic figures which may set the stage for more important news later in the day.

The latest monthly producer price index figures from Germany hit the market at 5% which was well above analysts’ expectations for a figure of 0.8% and also up from last month’s number of 0.8%. The yearly figure also beat consensus coming in at 24.2% against predictions for a figure of 19.4%.

Although the Euro was able to push slightly higher, traders were reluctant to get too excited as the main focus of the day will be the release of the consumer price index figures from the Eurozone as well as the meeting minutes from the European Central Bank.

With the European economy on the rebound following covid 19, and inflation running at record levels, pressure is mounting on the ECB to cut back on their stimulus program and begin laying the path for an eventual interest rate hike and some ECB bord members believe the Central bank should act sooner rather than later.

“There is no longer any justification for "whatever it takes" debt support measures to tackle the covid crisis.” said European Central Bank (ECB) policymaker Francois Villeroy de Galhau.

Analysts don’t expect any changes in the CPI figures from last month and the monthly numbers are predicted to come in at 0.4% while the yearly figures are expected to hit the market at 5%. Any surprises to the upside are likely to push the Euro significantly higher as more pressure will be put on the ECB to lift rates.

In the American session we will also see the release of important economic data which may cause some movement in the EUR/USD currency pair such as the weekly Initial Jobless Claims, Existing Home Sales figures and Philadelphia Fed Manufacturing Survey from the US. 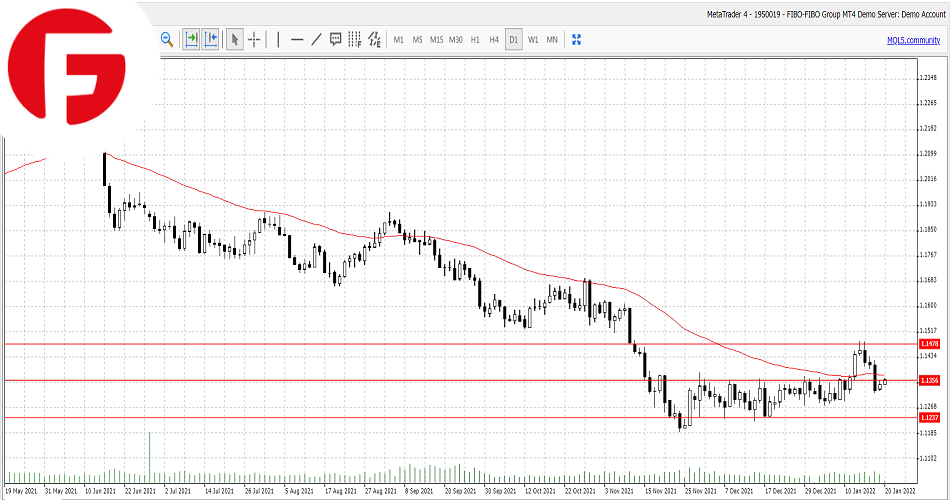 As we can see on the chart, the Euro has once again hit strong resistance at the $1.1356 level which it has done son over the past 2 months except for the break above it made during the end of last week.

The release of the inflation figures from the Eurozone the key to the Euro’s fortunes today and depending on the figure, we could see another clean break above the current resistance line which then may act as a support level and serve as a base for the EUR/USD currency pair to climb higher.